Ten years ago, the Organization for Economic Co-operation & Development (OECD) published OECD Environmental Outlook to 2050: The Consequences of Inaction identifying four major global environmental issues requiring immediate action:  climate change, biodiversity, freshwater and health impacts of pollution. These same four key environmental challenges were also highlighted in the previous Environmental Outlook to 2030 (OECD, 2008) as “Red Light” issues requiring urgent attention. So, ten+ years after the OECD labelled these four issues as pressing concerns needing a strong global response, where are we?  Join five eminent speakers to learn about the causes of, effects of and solutions to:  air pollution, biodiversity loss, climate change, freshwater scarcity, and plastic pollution.  Join this virtual lecture series to not only learn about these major global environmental issues, but also to consider how we can take action as individuals, households, businesses, schools, and faith communities to make a difference.   The schedule is:

Full details on the talks are given below.
Register for any/all of the talks on www.eventbrite.com at: https://www.eventbrite.com/e/the-big-four-major-global-environmental-issues-their-causes-effects-s-tickets-378315811777. All registrants will receive recordings of the talks afterward.
Contact Lisa Brenskelle at gcs.lrc@gmail.com for more information.

Here are details on the full program: 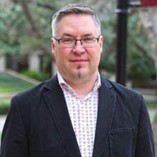 Join Professor Robert Mace for a discussion on freshwater scarcity. Growing populations, the ever-present threat of drought, aquifer over-pumping, reservoir sedimentation, and climate change are creating a perfect storm to challenge the resiliency of our water supplies. Since water is needed for human health, agriculture, industry, energy, recreation, and the environment and it takes decades to develop new water supplies, it’s critical for societies to carefully plan for today’s and tomorrow’s water. We all play a role here, whether through giving decisionmakers courage to plan for the future, supporting the development of new water supplies, and using water as efficiently as possible in our daily lives. Time for interactive discussion will be provided after his talk. 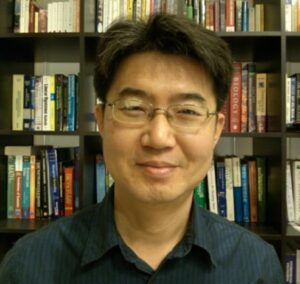 Join Professor Hyun-Min Hwang as he examines the issue of plastic pollution.    Plastic is a polymeric material, not biodegradable, and may last hundreds of years in the environment. Substantial fractions of plastic waste are disposed of improperly, and are found everywhere, even in the middle of the ocean and deep-sea floor.  Small plastics, known as microplastics, accumulate inside of animal bodies and pass through food chains. Some plastics contain harmful chemicals added intentionally during manufacturing processes. These chemicals leached from plastics can cause toxic impacts on humans and wildlife. Plastic production is fast-increasing, so the amount of plastic waste in the environment will also continuously increase unless we change the way we live with plastics. There are easy-to-follow practices we can apply to everyday life to help protect, preserve, and sustain natural resources. The future is up to us. Join Professor Hwang to consider how we can make the earth a better place to live for ourselves, future generations, and wildlife as well. Time for interactive discussion will be provided after his talk. 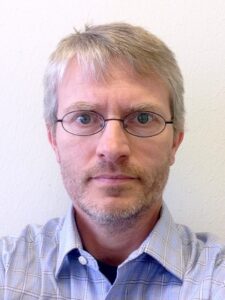 Join Professor Gunnar Schade to learn about the issue of air pollution. Air pollution is a major factor for public health throughout the world. An increasing human population, increasingly clustered in urban areas, is exposed to a variety of air pollutants. Among the common pollutants, fine particulate matter and ozone exposure dominate health effects, which have become much better understood in the last two decades. While air quality has improved in much of the western world, population growth and the continued usage of fossil fuels to power economic growth has worsened air quality almost everywhere else. As the overwhelming amount of air pollution is caused by fossil fuels, namely their mining, combustion and widespread consumer use, a rapid transition to renewable energy use alongside the “electrification of everything” is expected to near eliminate air pollution as an environmental problem in the 21st century. Whether this can be achieved is therefore closely linked to climate change mitigation via phasing out fossil fuel use in energy production and agriculture. Time for interactive discussion will be provided after his talk. 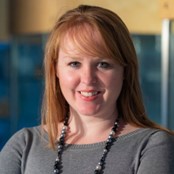 Join Professor Sylvia Dee to consider climate change, its causes, impacts, and solutions.  There is now a long-established global scientific consensus that climate change will damage human and natural systems at high expense. Climate change-induced disruptions to human-environment interactions occur via impacts such as sea level rise, storm surge, tropical cyclones, and degradation of ecosystems and resources.  Earth is already responding more quickly than predicted to rapidly shifting, pervasive radiative forcing. Our species’ future will depend on our ability to adapt to and mitigate this response.  Houston provides a geopolitically relevant model city for the impacts of climate change in low-lying coastal zones in the subtropics, where, globally, the highest development rates are occurring. The increasing frequency of flooding due to tropical storms and extreme rainfall have already cost hundreds of billions of dollars, and pose an existential threat to the nation’s energy security.  Houston is ground zero for the study of the impacts of climate change on coastal cities and energy infrastructure. In cities housing critical hubs for the petrochemical industry, the economic effects of climate change will resonate widely.  In this talk, Dr. Dee will summarize the science of climate change and the social challenges that accompany it, as well as the urgent need for solutions that can be adopted now to mitigate the social and economic consequences of environmental degradation. Time for interactive discussion will be provided after her talk. 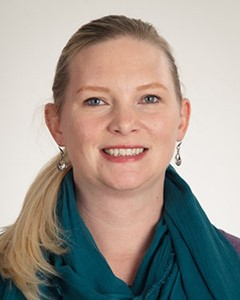 Join Professor Kerri Crawford for a talk on the issue of biodiversity loss.  Our planet is home to millions of species that rely on each other and provide important ecosystem services. Humans, too, rely on nature — but we take a disproportionate amount of the resources and modify the environment in ways that negatively affect other species. Our effects on the environment are directly causing what many have termed “the 6th mass extinction.” In this presentation, Dr. Crawford will provide information on what biodiversity is, how quickly we are losing biodiversity, why biodiversity is important for us, and what is being done to protect biodiversity.  Time for interactive discussion will be provided after her talk.