In the late 1990s, the Institute for Christian and Jewish Studies (ICJS-now Institute for Islamic, Christian, and Jewish Studies) hosted the Jewish Scholars Project in Baltimore, Maryland. After several years of meeting, four interdenominational Jewish scholars published Dabru Emet (“Speak Truth”) as a full-page statement in The New York Times, The Baltimore Sun, and other major newspapers and religious internet sites on September 10, 2000.

Consisting of eight claims, Dabru Emet is a Jewish statement on Christianity. The statement was signed by more than 170 rabbis and Jewish intellectuals (signatories grew to more than 200 over the following months) and generated both praise and criticism. In some ways, Dabru Emet served as a capstone to Jewish-Christian relations in the 20th century and is a significant, as well as contested, moment in the fields of modern Jewish thought, Jewish-Christian relations, and Interfaith / Interreligious Studies. 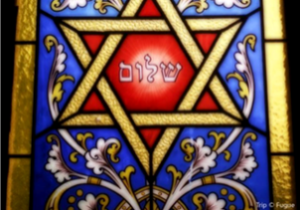