Journey of the Universe screenings

You are invited to go on the Journey of the Universe in October, with three opportunities to be awe-struck by this Emmy-award winning documentary which narrates the 14 billion year story of the universe’s development in a single hour. The film tells this story in a way that is accessible to everyone: drawing on astronomy and physics to explain the emergence of galaxies and stars, geology and chemistry to understand the formation of Earth, biology and botany to trace life’s evolution, and anthropology and history to see the rise of humans. Journey weaves science and humanities in a new way that allows for a comprehensive sense of awe and wonder to arise. This approach expands the human perspective to one that values life’s complexity and sees the role of humans as critical to the further flourishing of the Earth community. An open facilitated discussion will follow each film screening. 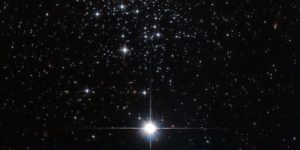